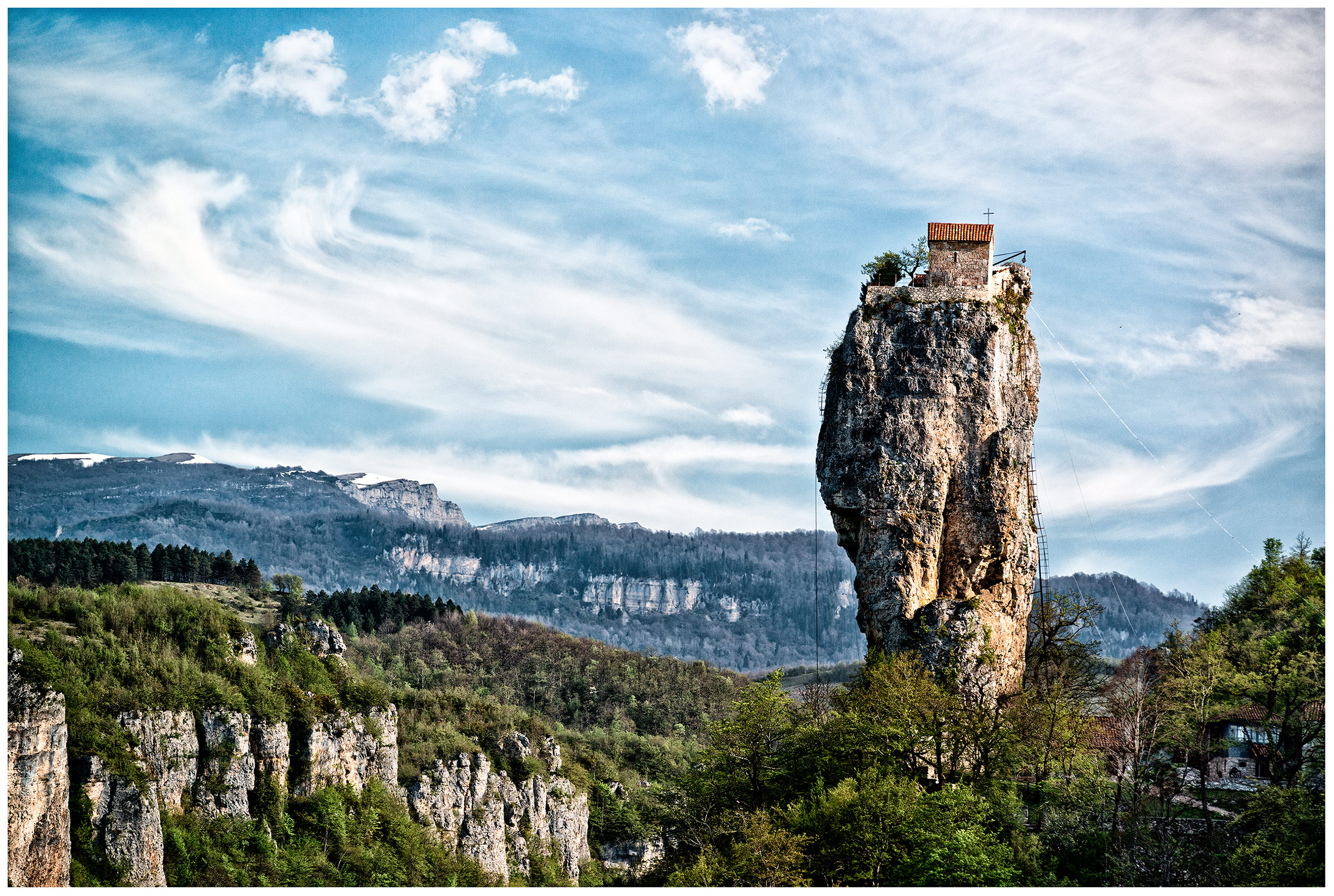 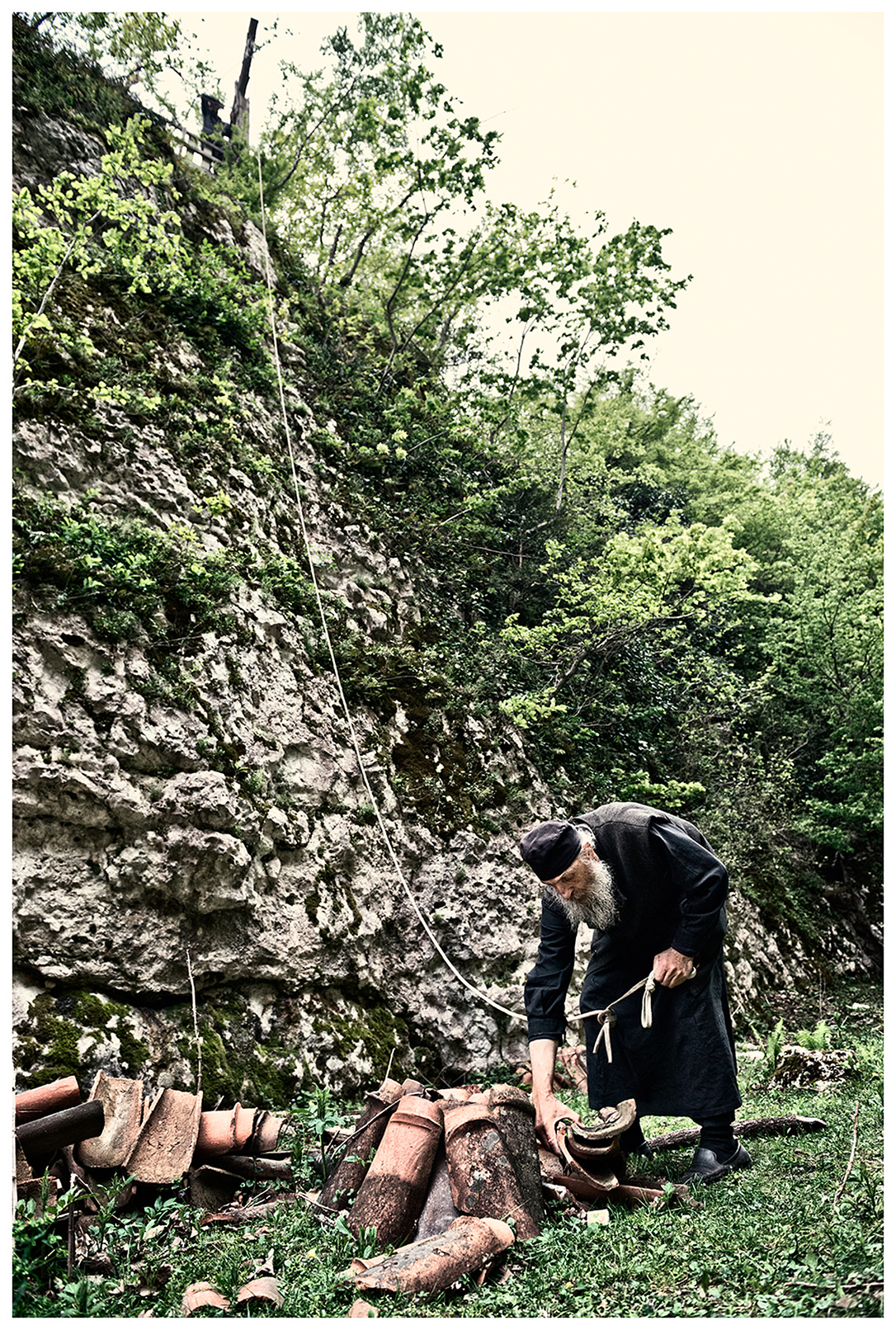 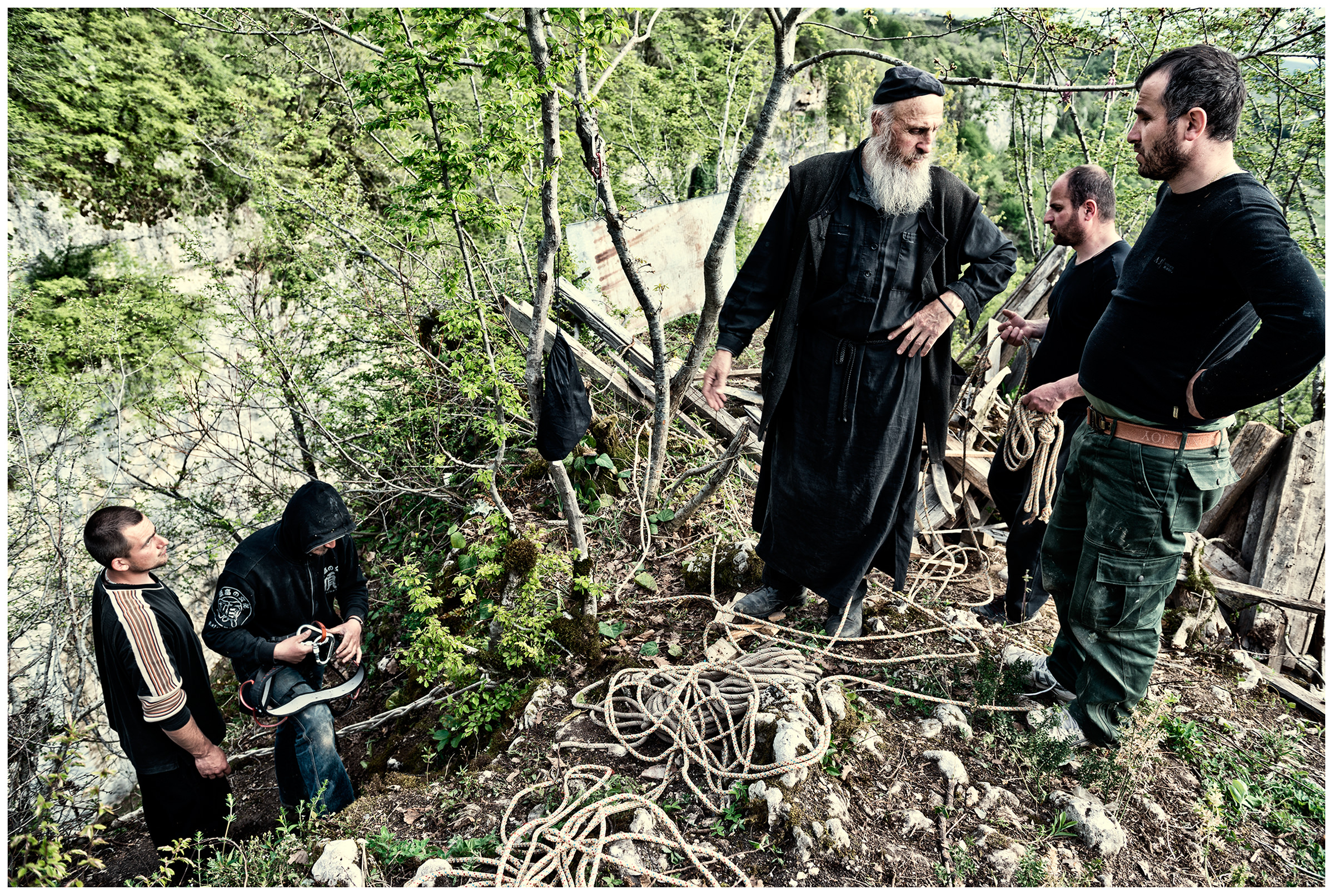 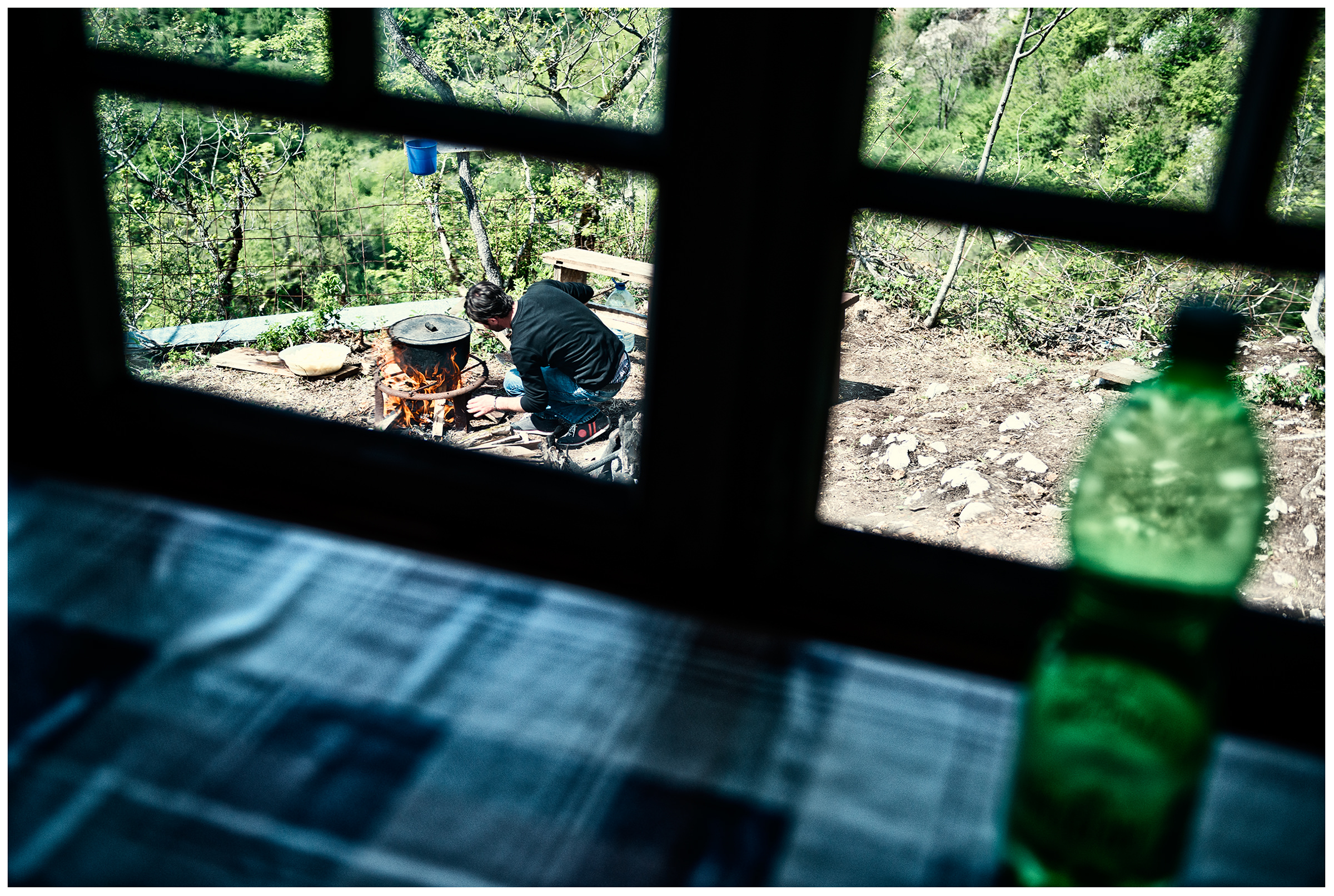 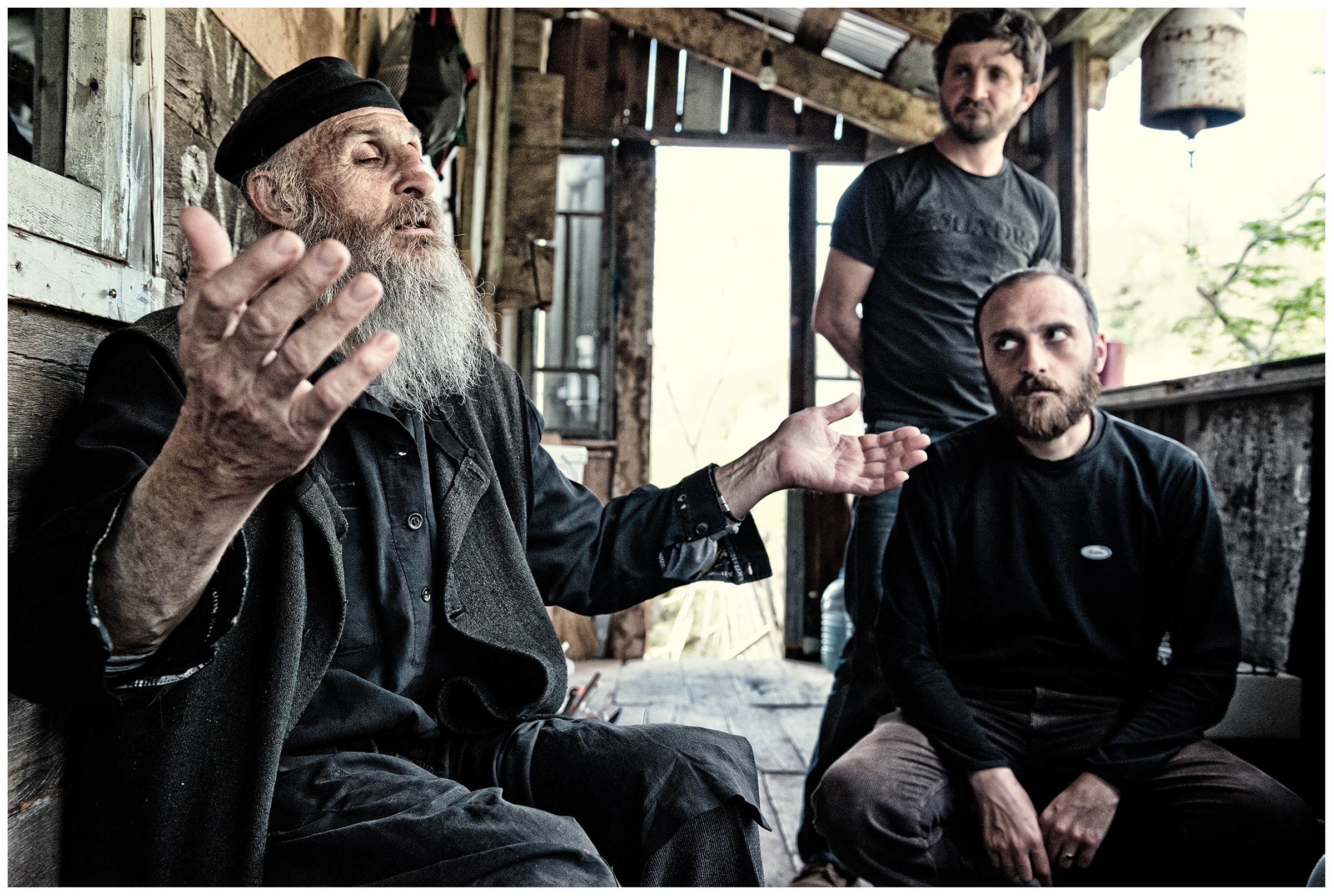 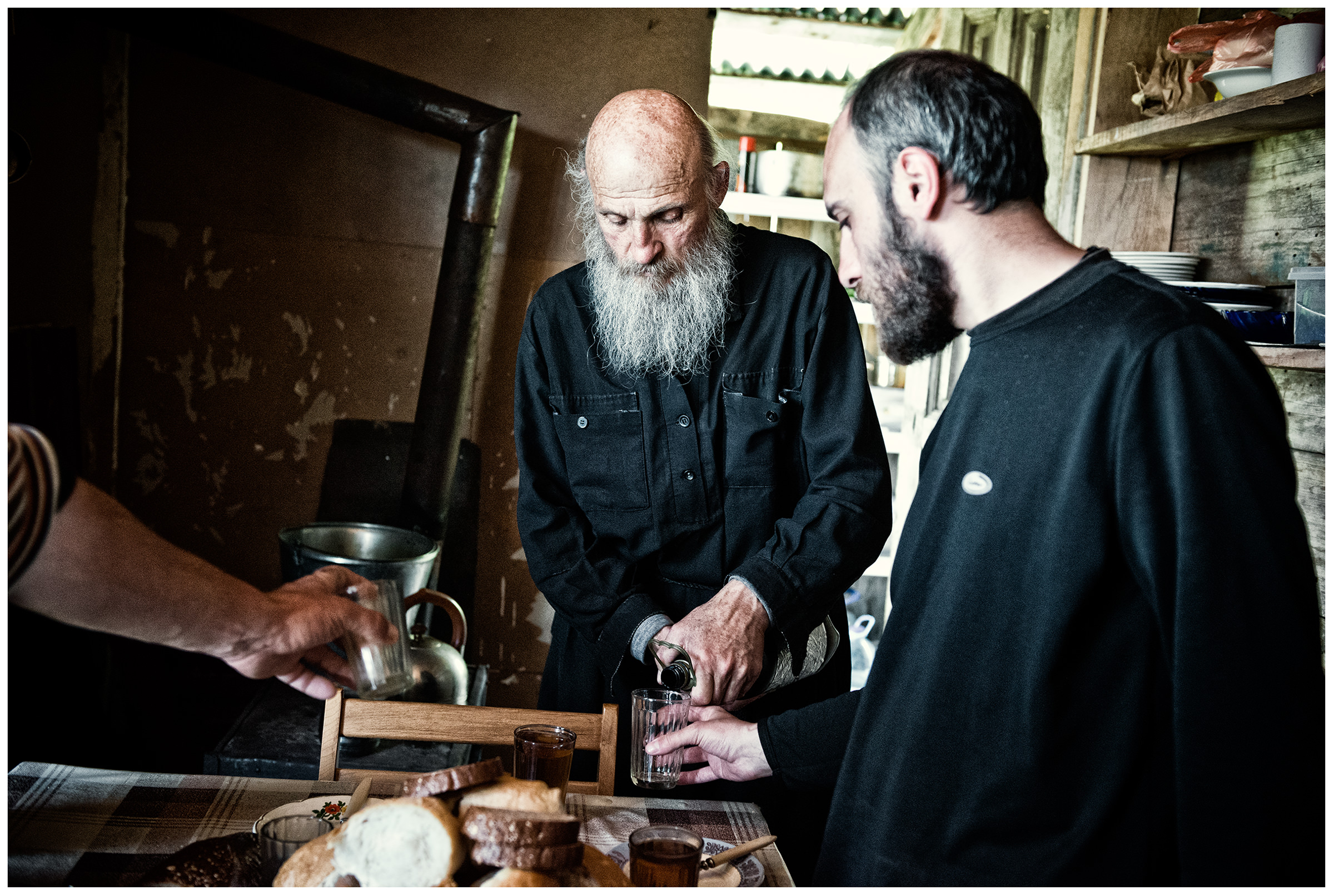 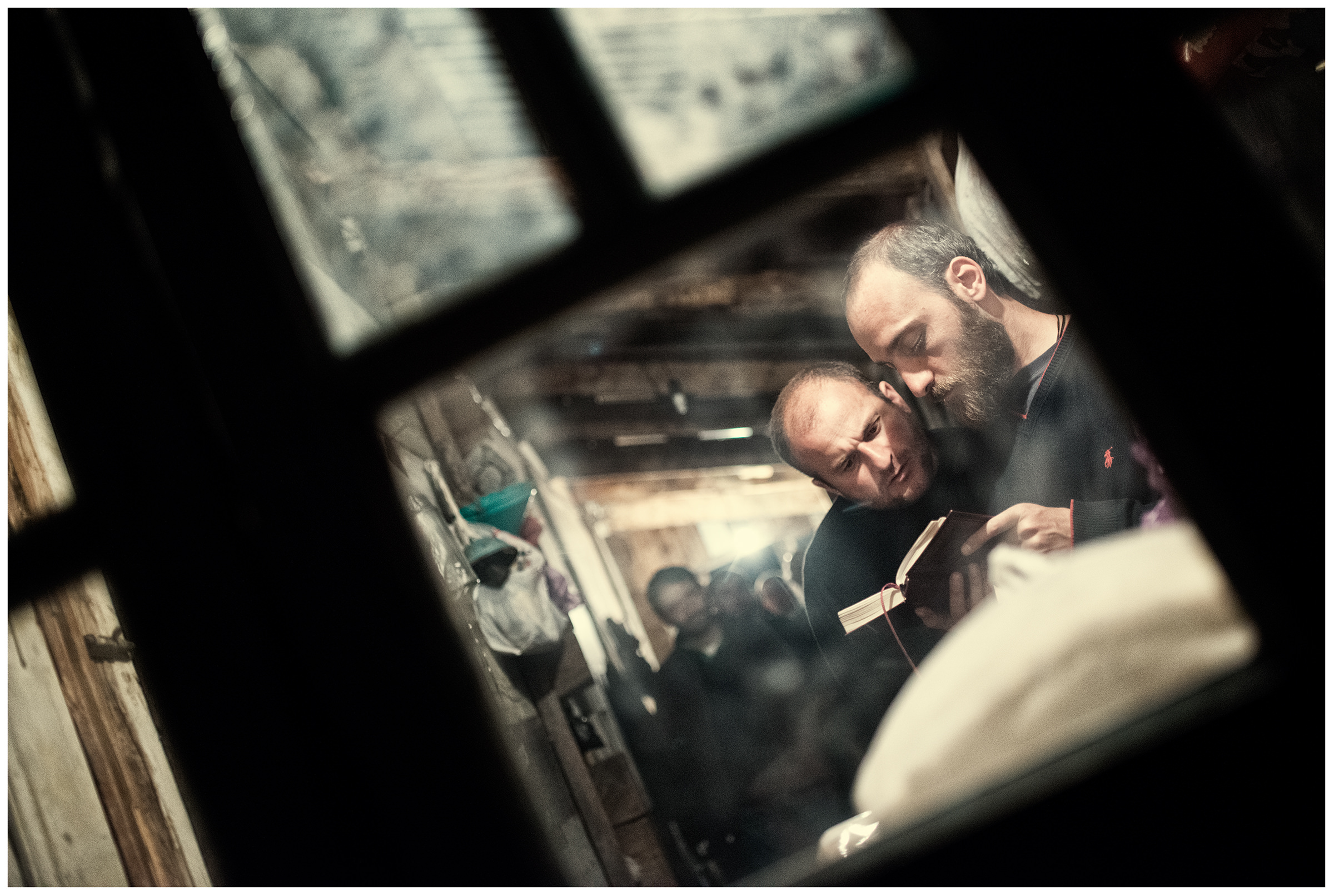 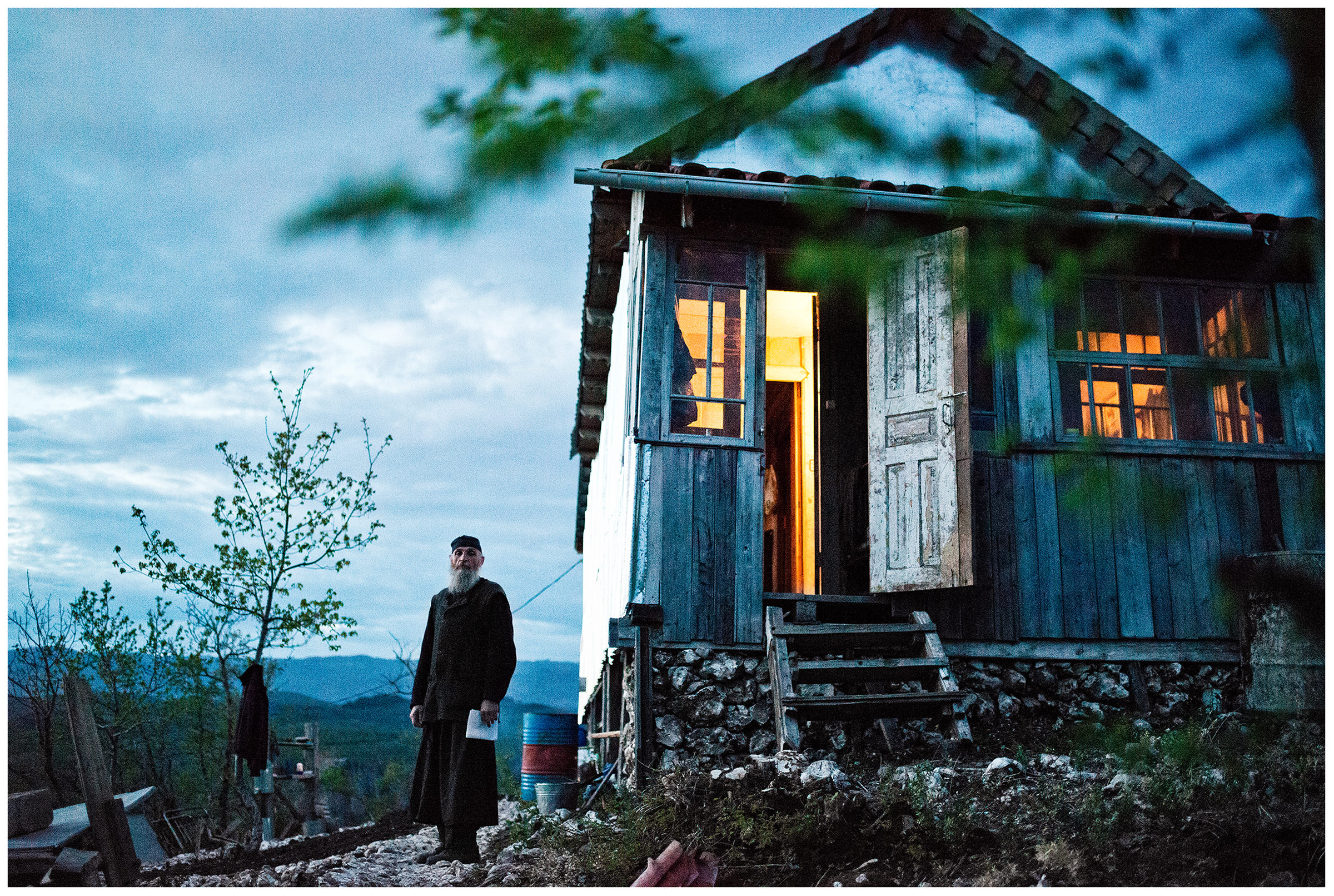 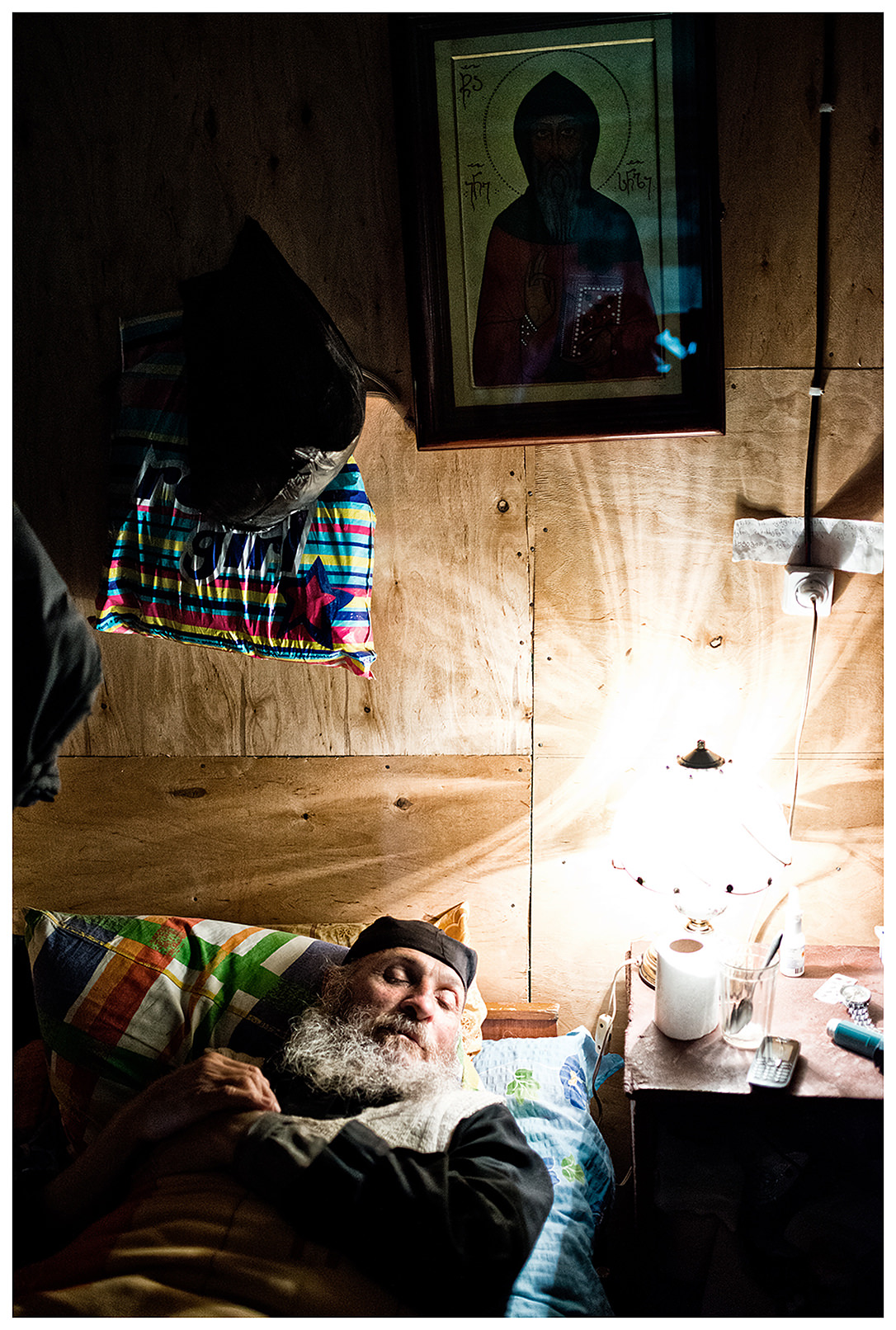 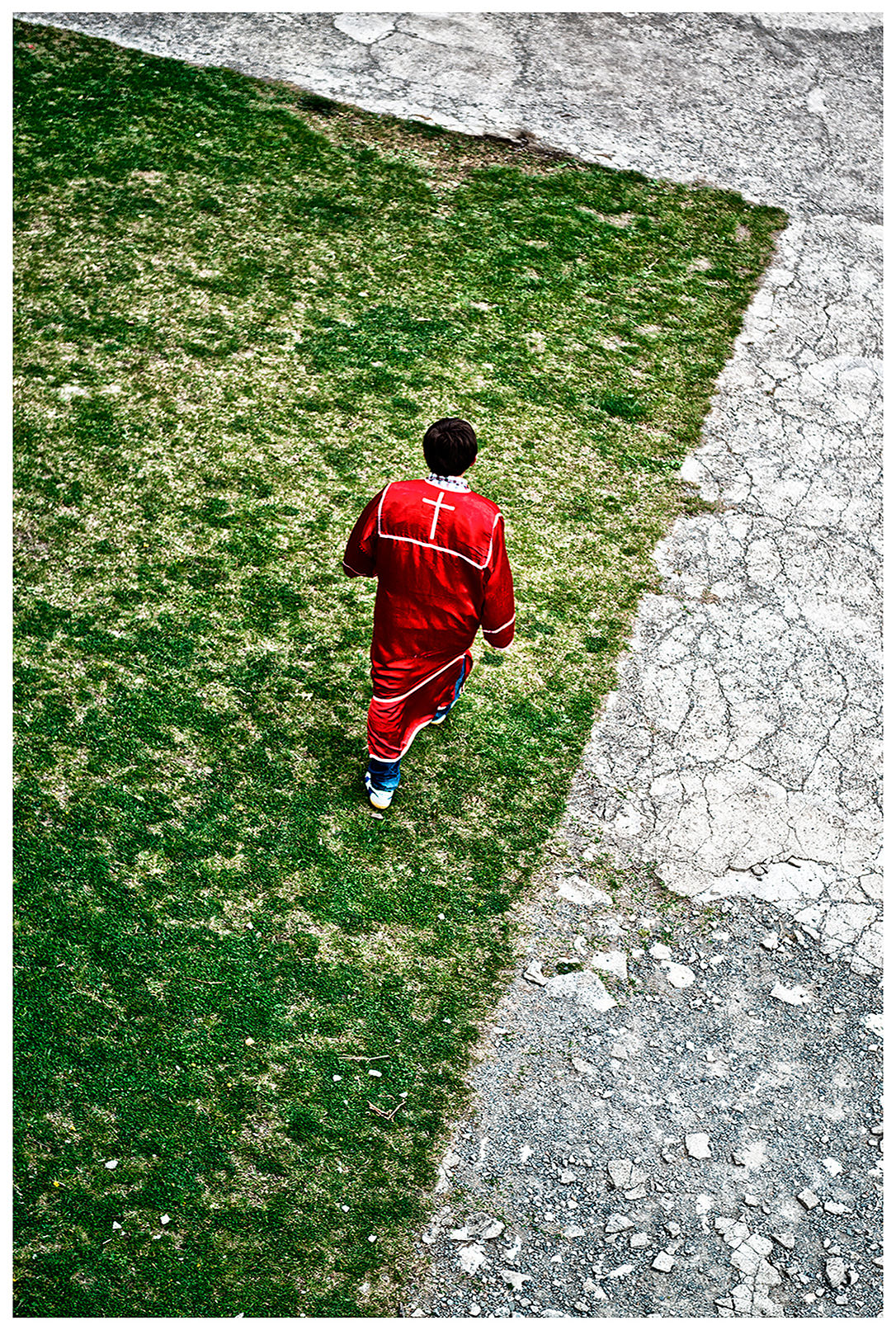 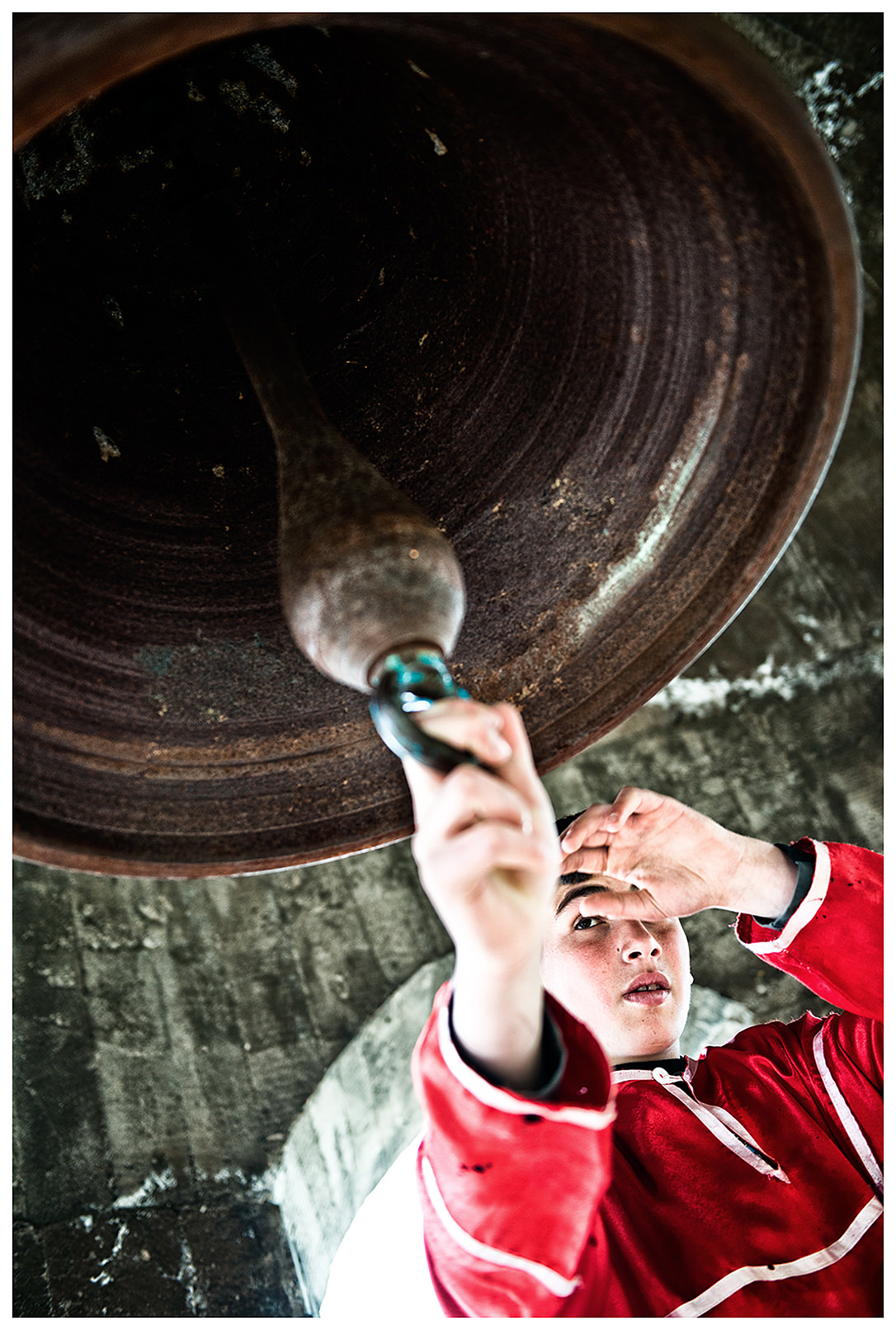 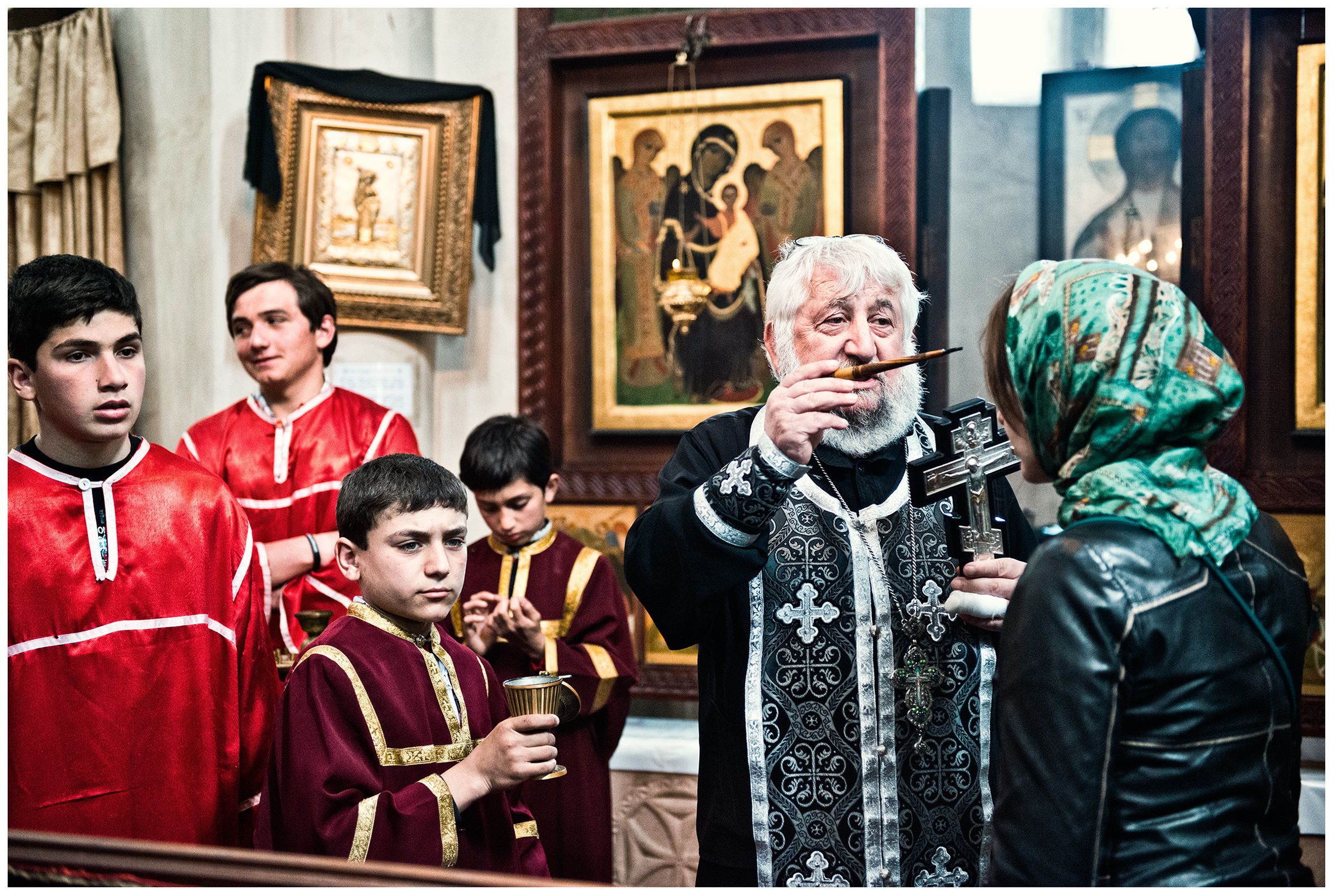 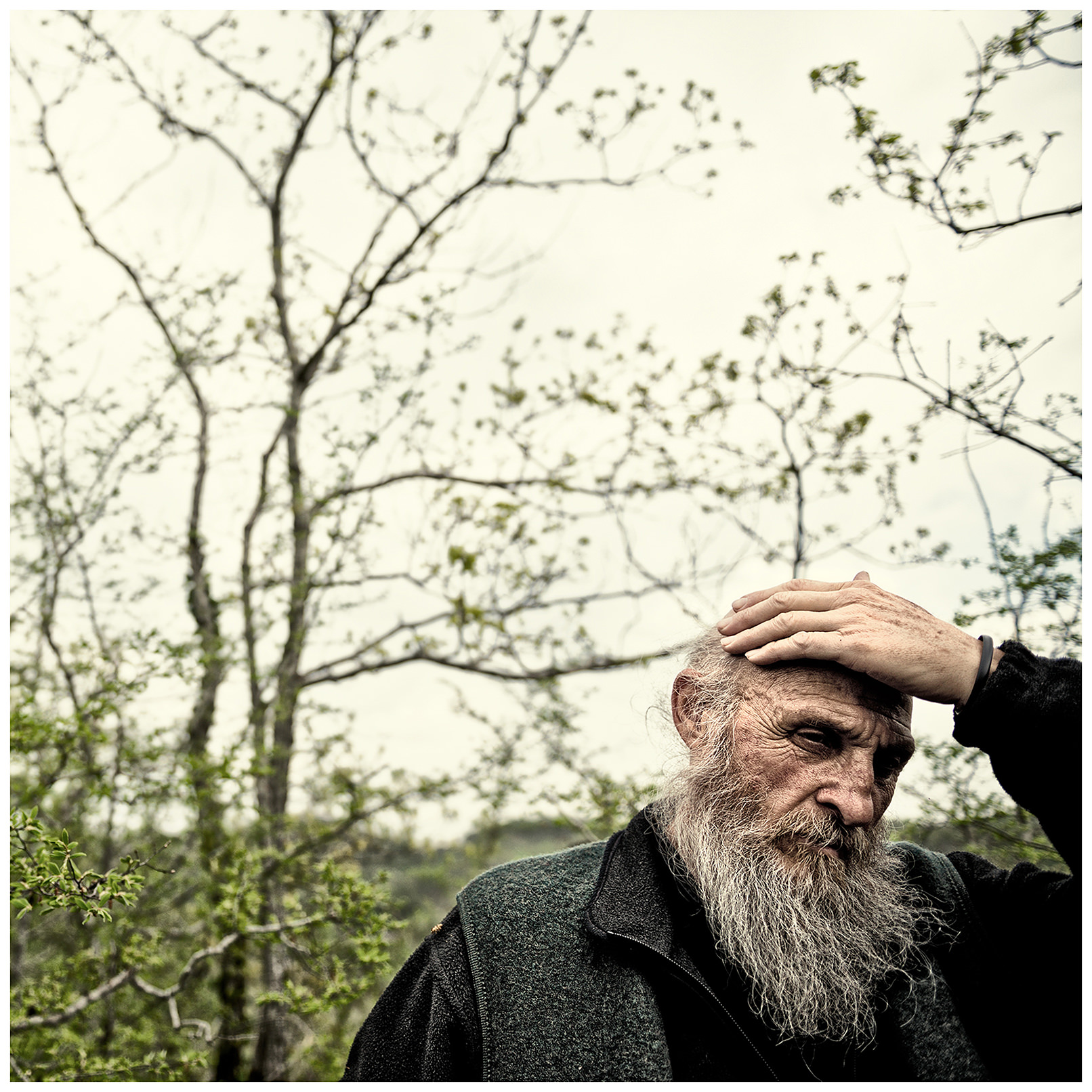 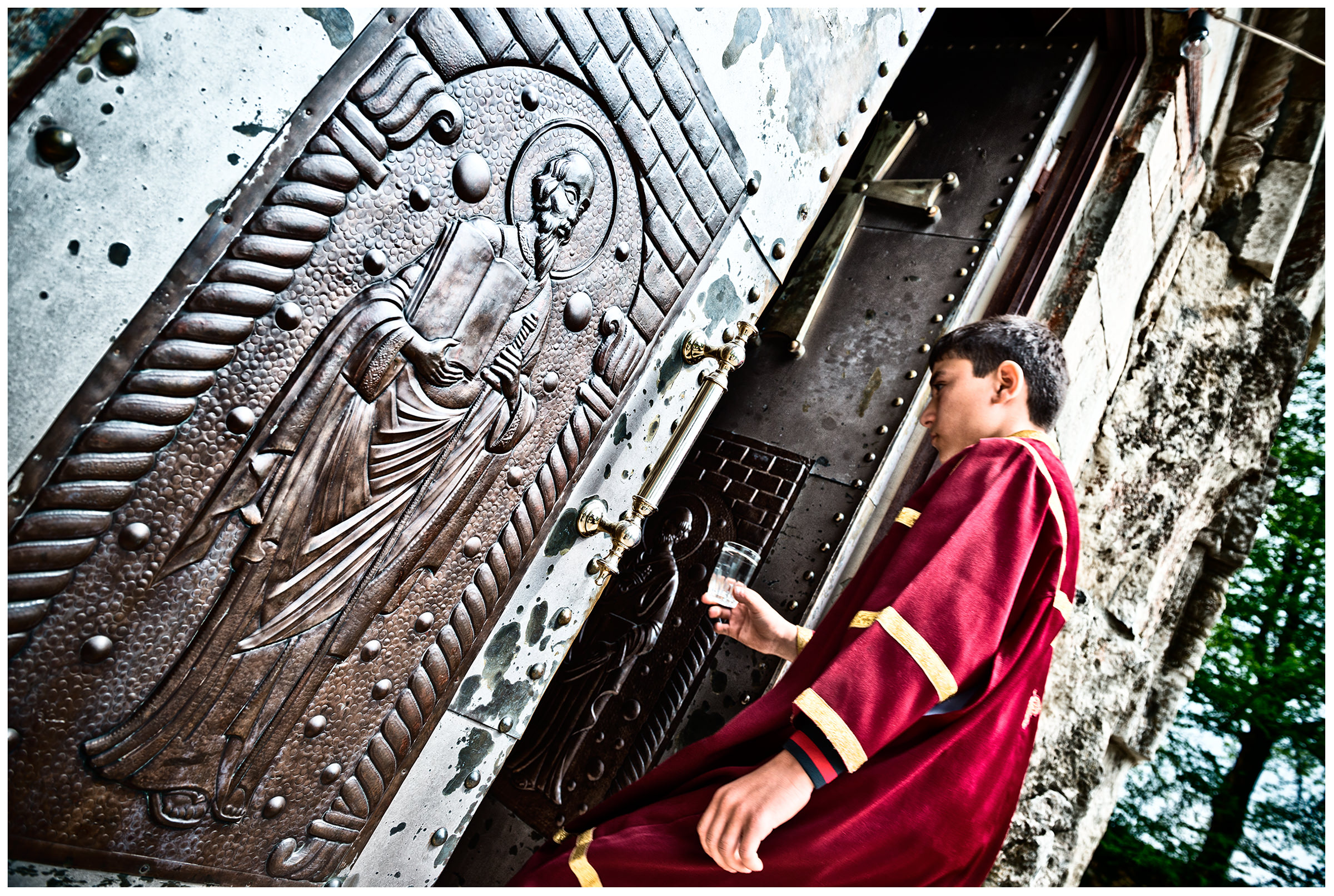 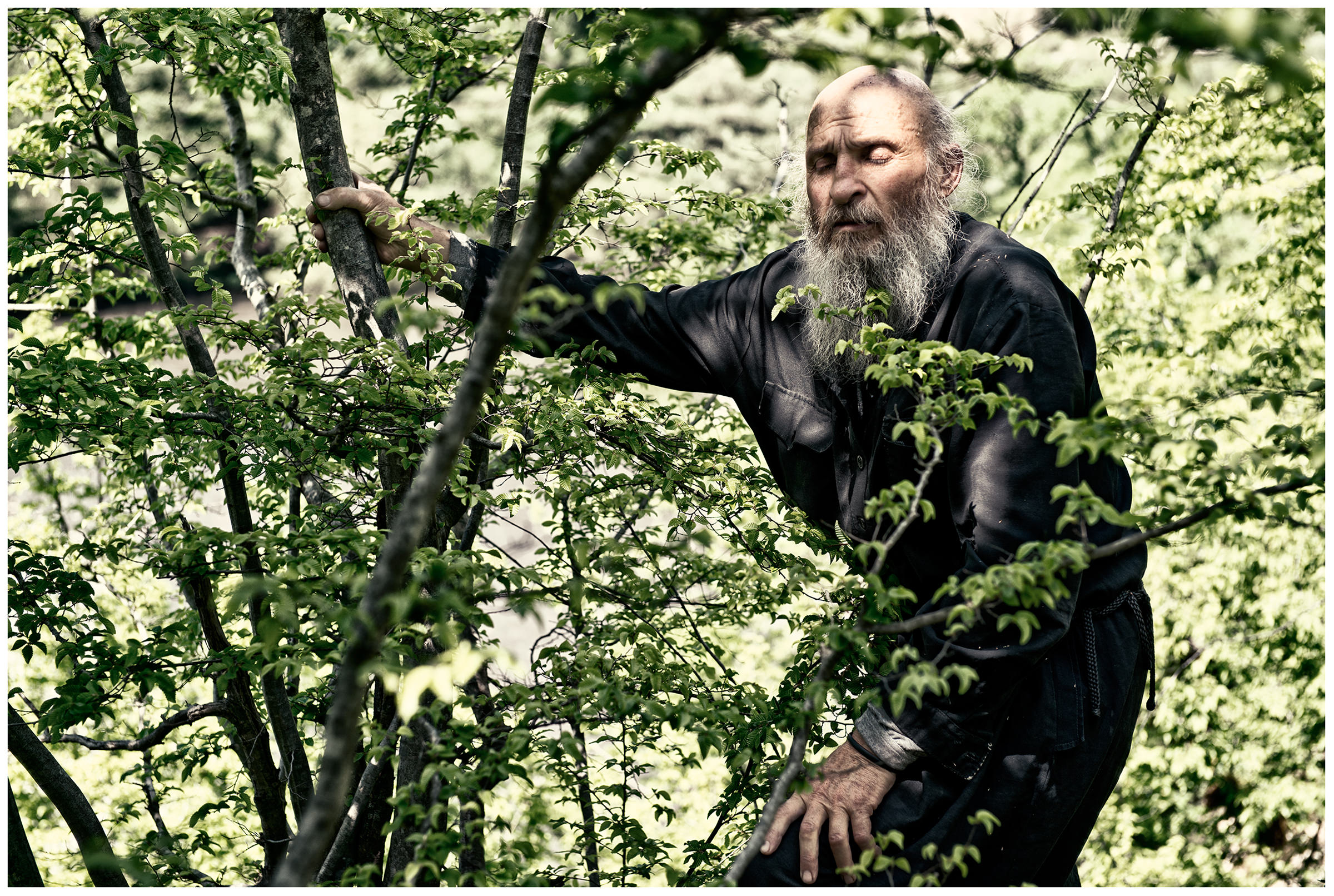 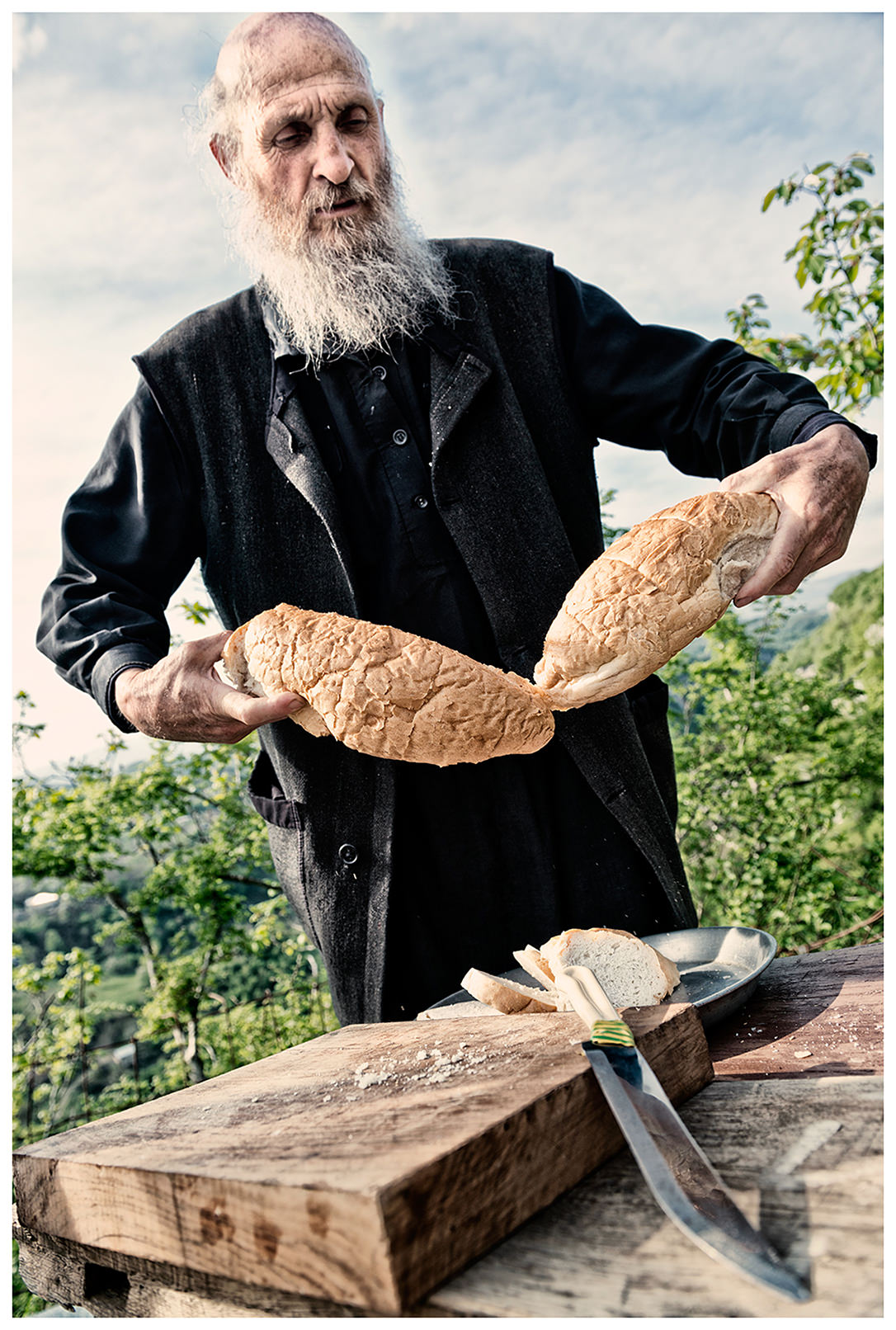 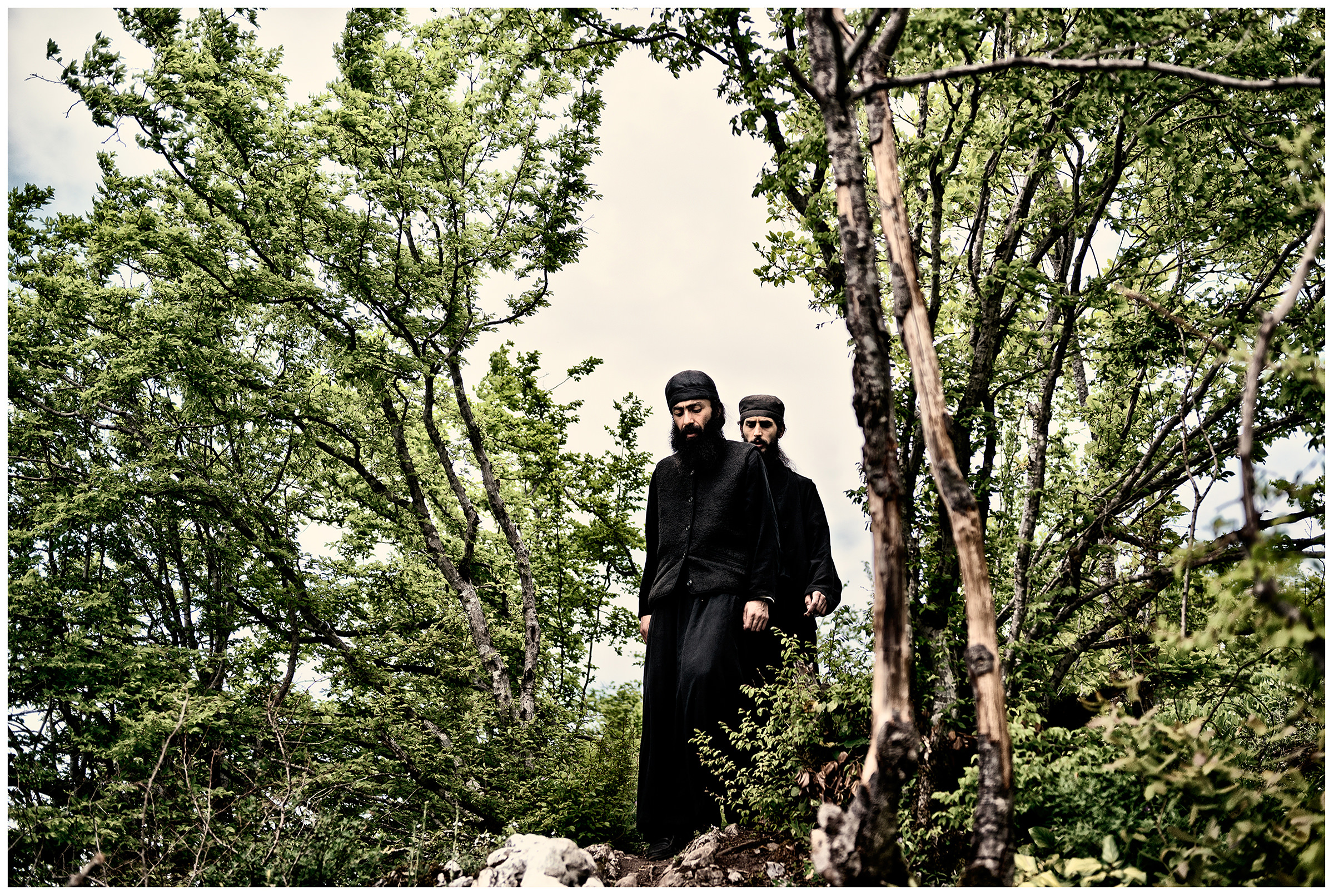 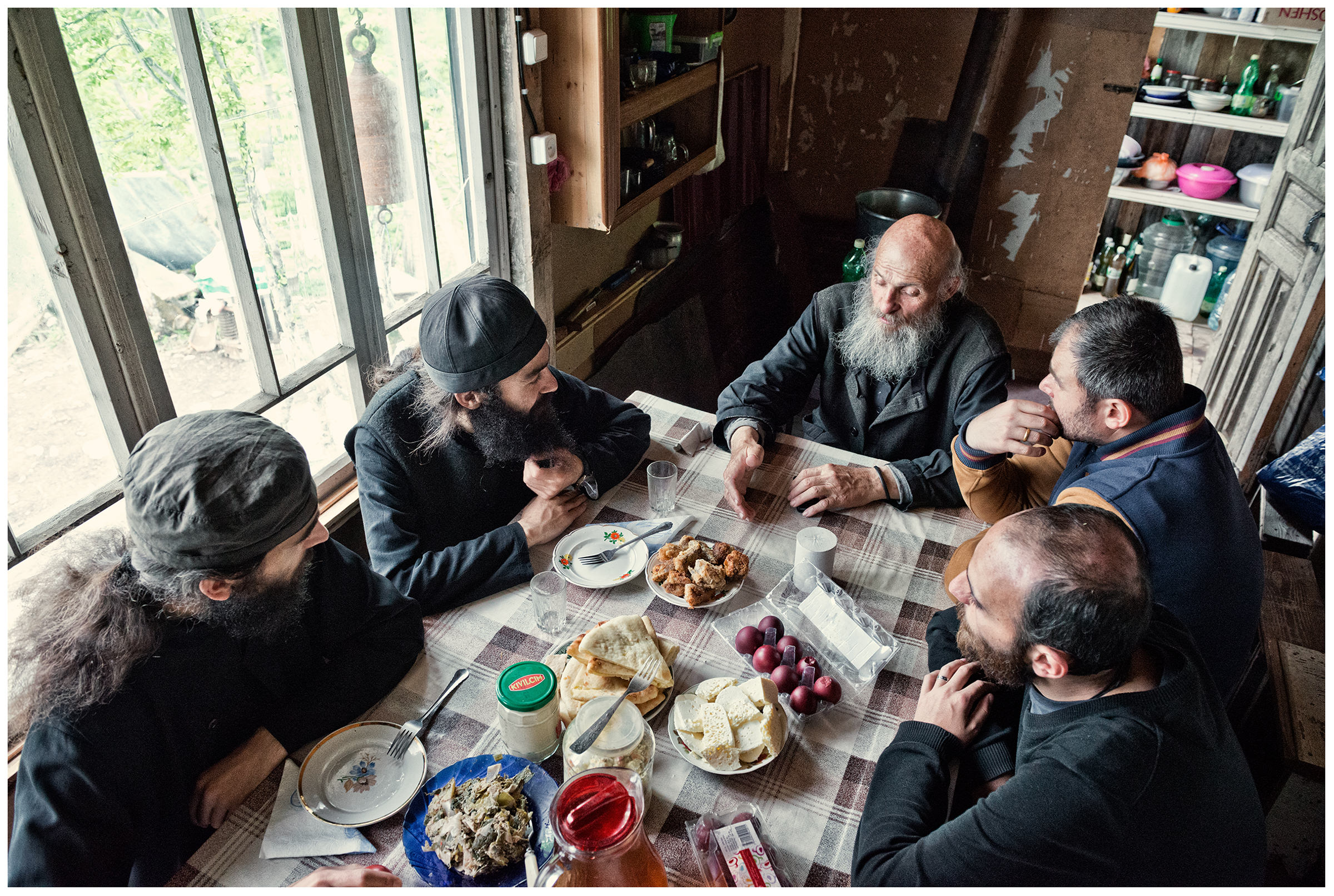 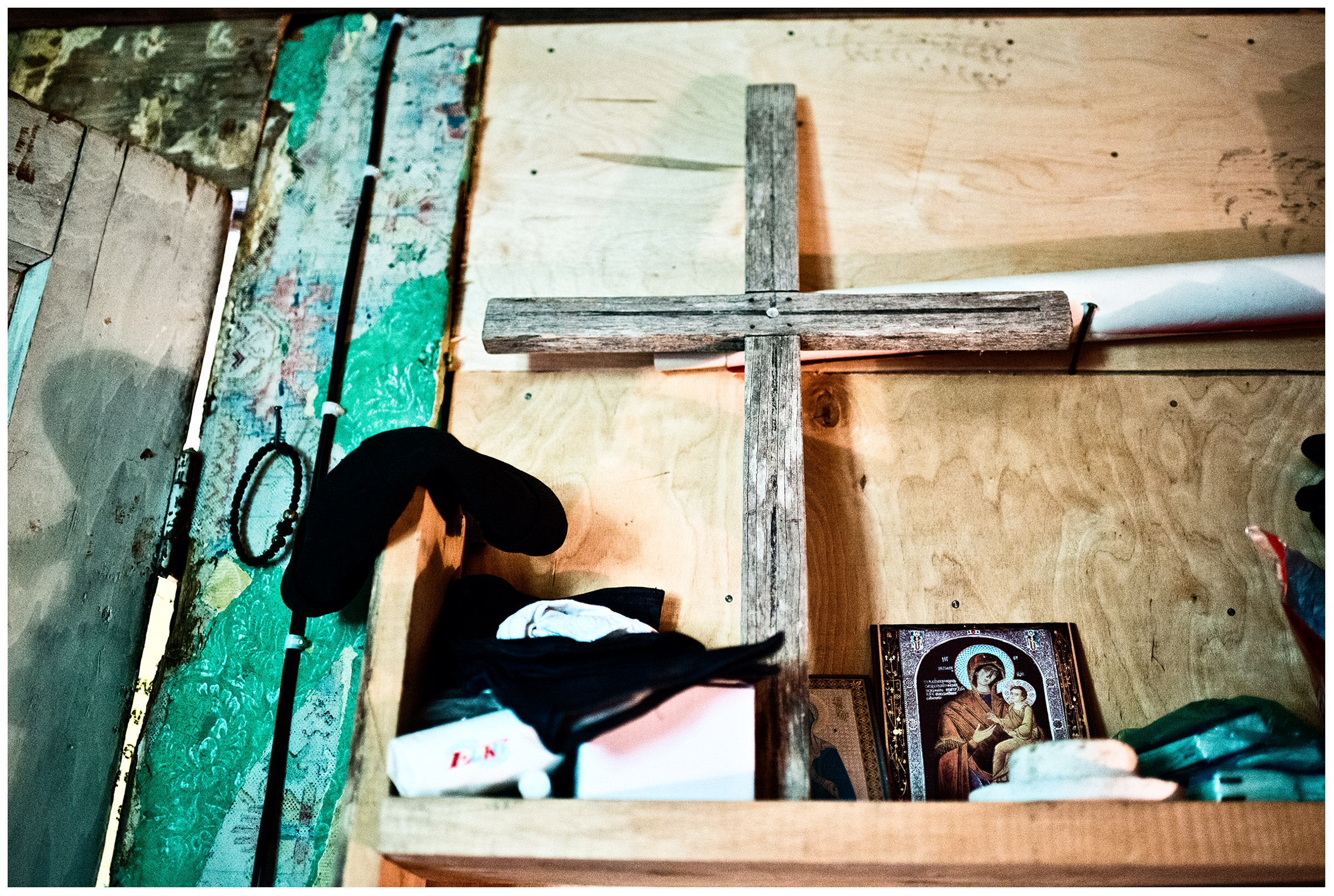 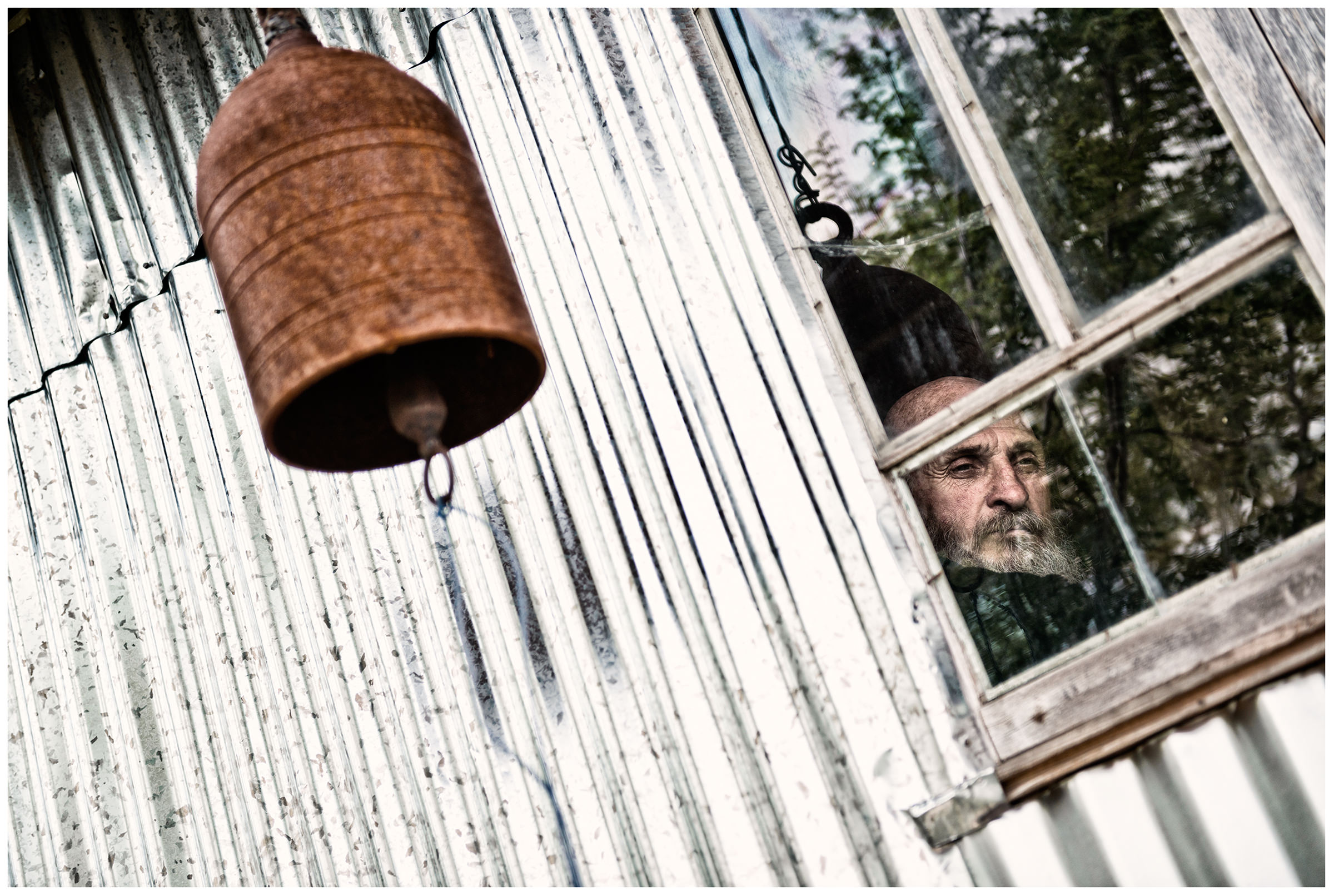 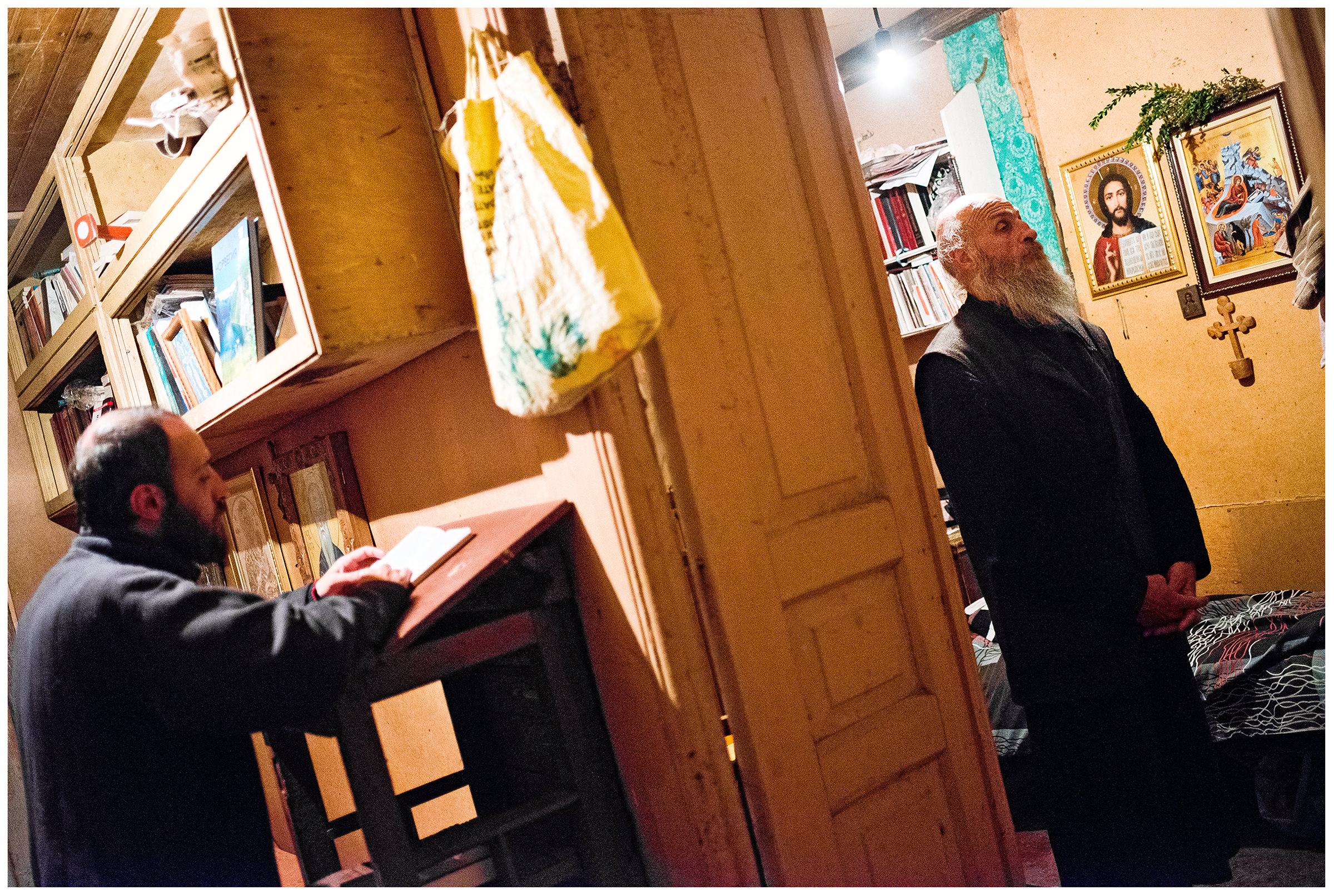 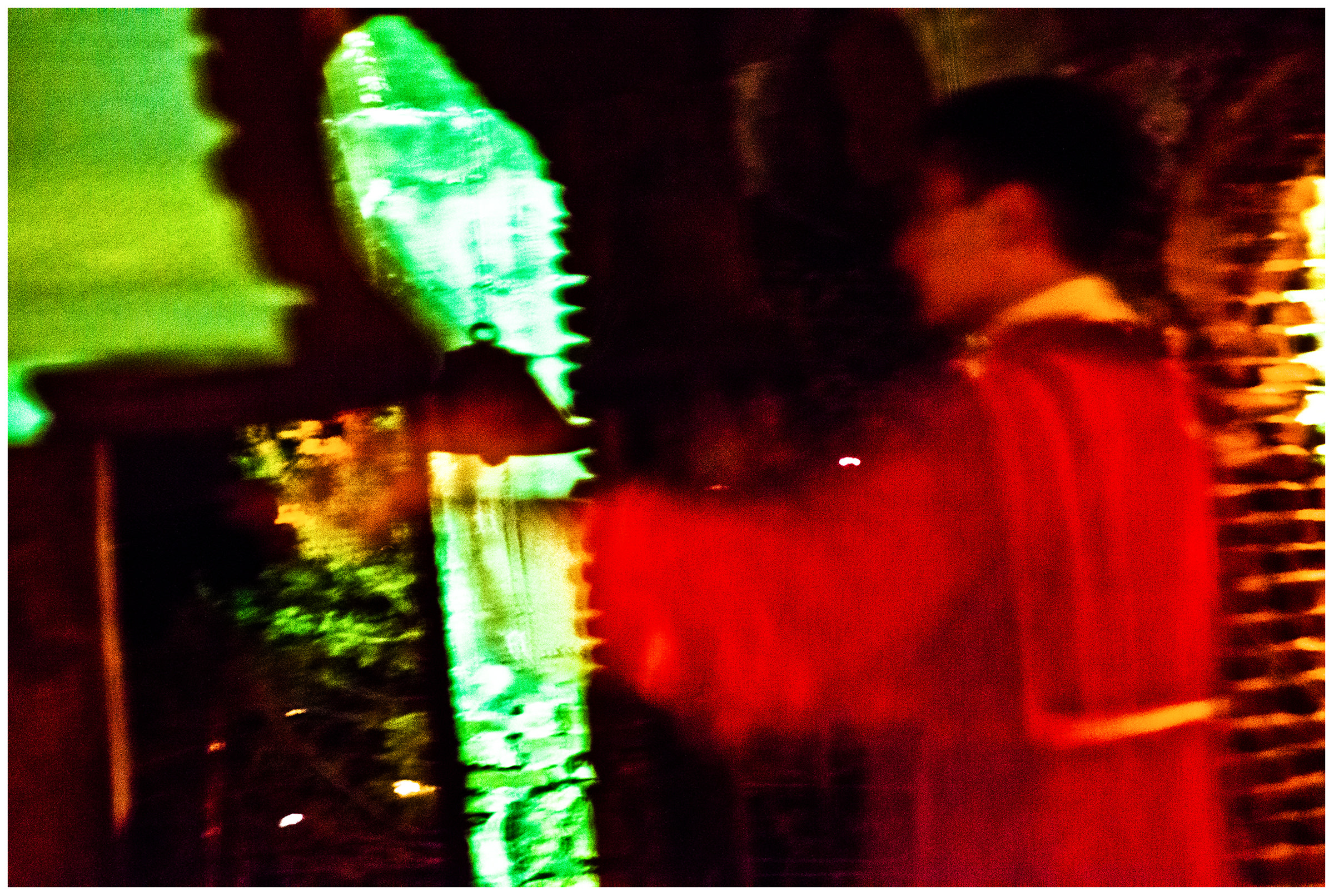 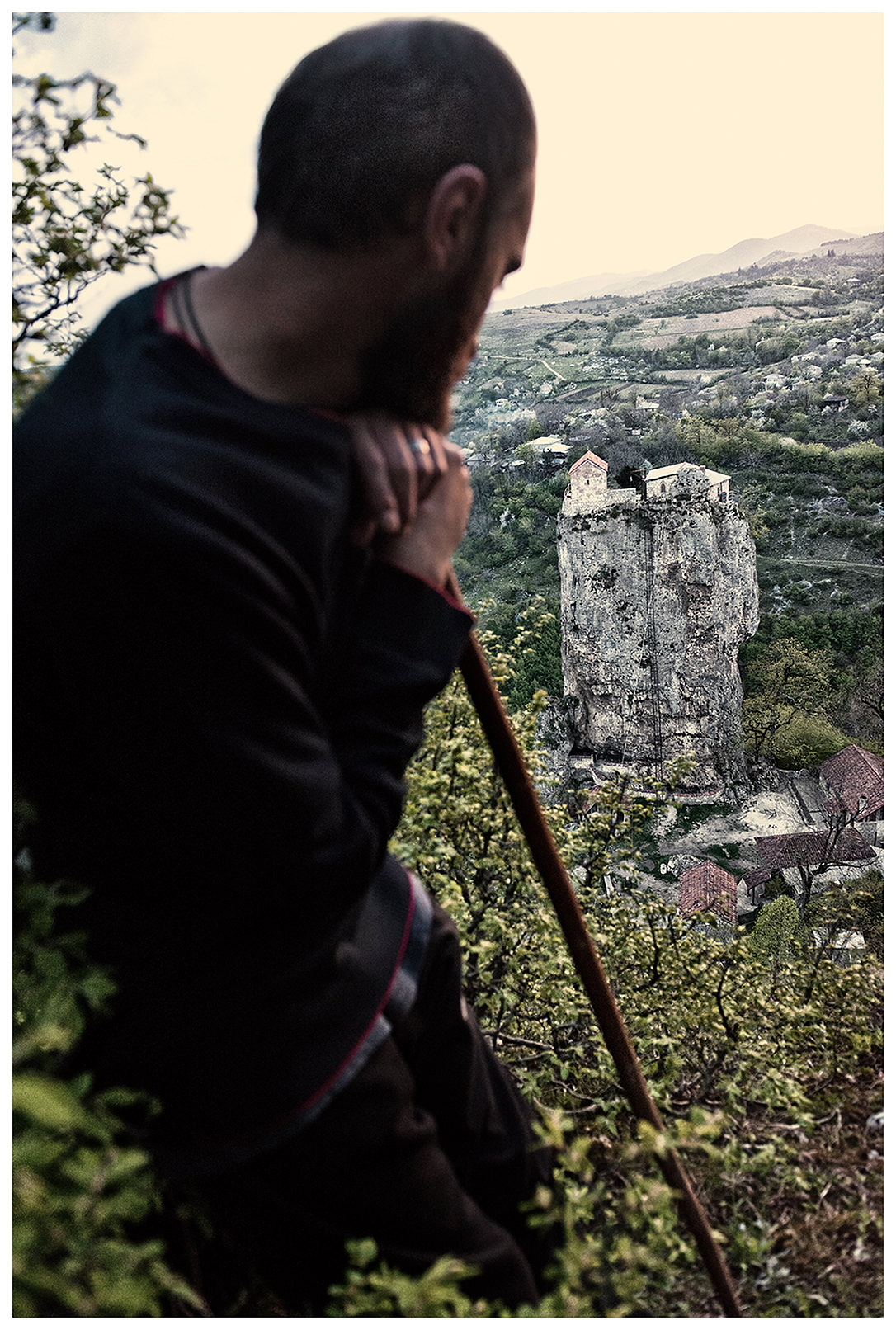 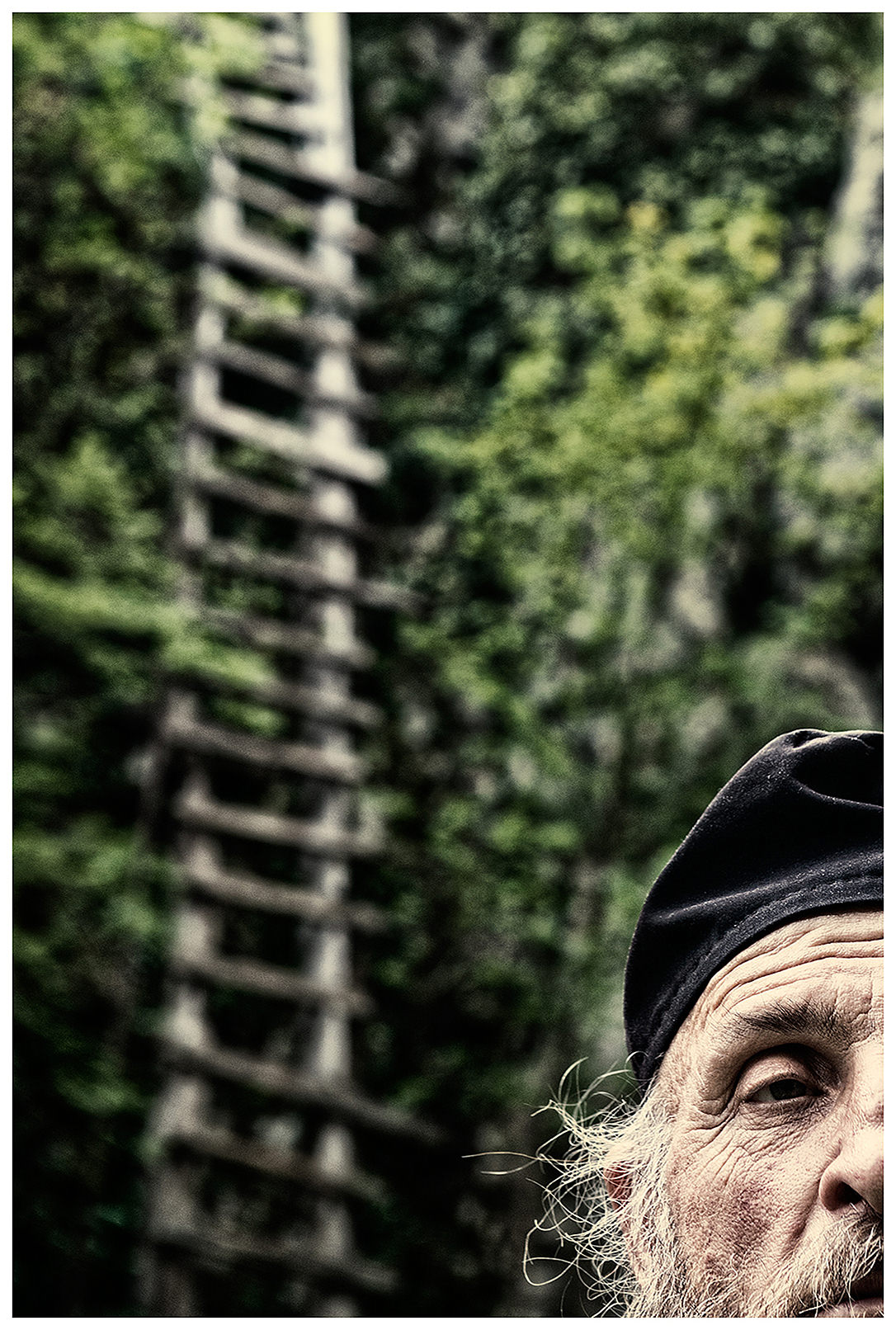 Georgia, Imereti. In the greenest part of the small Caucasus lives Maxime Kavtaradze on a 131 ft high  rock and hopes to get sacred someday. As yet, he has not reached it. As yet, he is just a monk with a heavy police file. As yet, he has just built one church, carrying off sin after sin with every stone he dragged. As yet, he is just a heartrending penitent who is afraid of hell. Up here, on the rock of crumbling chalk, he escaped it on 131 ft.